Last night the BBC aired a heartbreaking video report done by British-Yemeni reporter, Nawal Al-maghafi showing a glimpse of the world’s worst cholera record in Yemen. The number of people with cholera in Yemen is now the largest ever recorded in any country in a single year, topping the annual record of the cholera outbreak in Haiti in 2011. Yemen Cholera has killed almost 2,000 people since late April this year and the number is on a constant rise. Most affected are children as cholera is infecting one child every minute.

While Cholera ravages many parts in Yemen, charity groups are exerting efforts and politicians watch away. Among many, both Oxfam and Save the Children organisations are doing a great job in appealing for public donations. Also, the UN Office for Coordination of Humanitarian Affairs – UN OCHA – held a high-level pledging event for the humanitarian crisis in Yemen in Geneva, last April. Eventually, countries pledged $1.1bn. So far, UN OCHA says only $605m has been paid.


I notice how Yemen is more and more seen as only a humanitarian issue and it’s not even taken fully seriously. I notice too how there is an overlook to the political aspect of the humanitarian disaster. The last time a Yemen peace talk was briefly and unsuccessfully held was almost exactly one year ago. This political stagnation has exacerbated the already heavy human cost. Despite that images of skeletal faces and bodies of little babies, women and men grabs world’s attention and compels many to donate, those images didn’t compel politicians to start any sort of mobilisation for resuming peace talks between warring parties or any initiative from world’s leaders (the US, UK, Germany, etc) to create new negotiating tables between the warring parties. 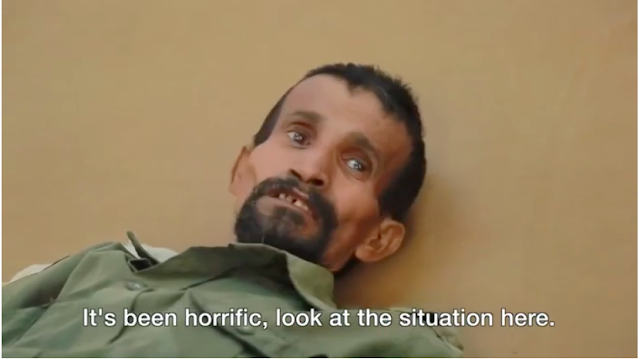 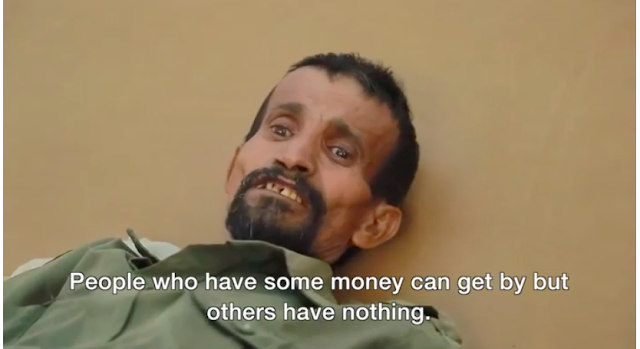 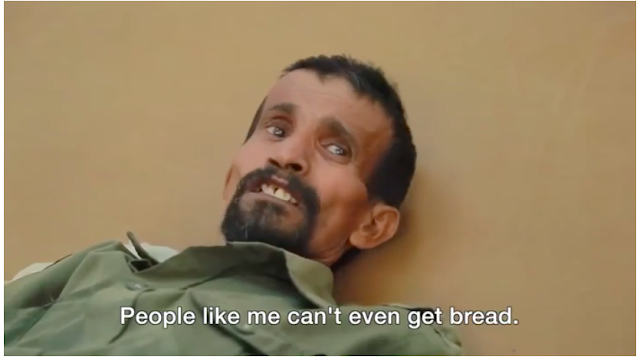 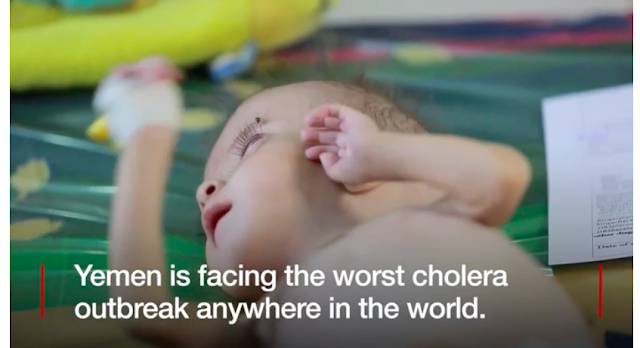 Funny enough, UN Special Envoy to Yemen, Ismail Ould Cheikh Ahmed was recently mocked by Yemenis for publishing a job vacancy announcement for “Associate Environmental Affairs Officer.” The joke was: while the UN diplomat has not achieved any concrete progress in his mission, he seems to prioritise his own “Environment”. 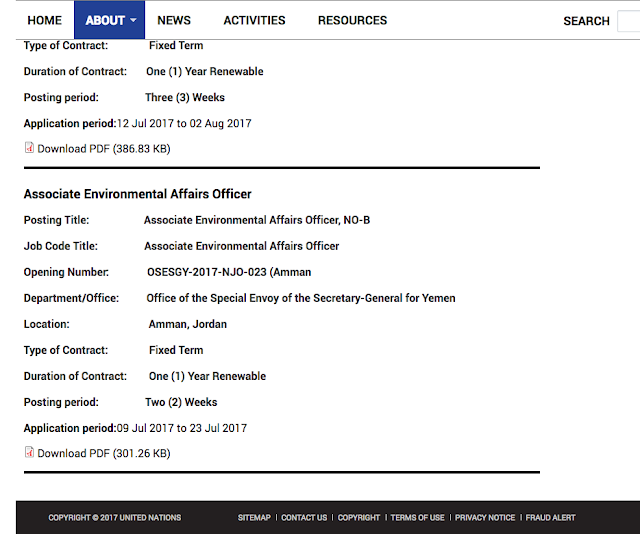 Ten days ago, the UN diplomat briefed the UN Security Council about the situation in Yemen. He successfully described the humanitarian situation, as if he was a passionate human rights activist. Yet, he keeps failing in offering any new innovative and outside the box solutions to the conflict in Yemen. Despite his constant meetings with many parties involved in the conflict, the UN envoy lacks the critical thinking in finding baby steps towards conflict resolution processes.


Looking at the Yemeni and Saudi-led coalition parties, they all seem to profit from Yemen cholera outbreak. Saudi-backed Yemeni government politicians are to a large extent outside the country with their families and seem not affected at all by the bloody humanitarian tragedy in the country - in fact, the government is facing allegations of corruption and they are likely profiting from donated aids. For the Saudis, Yemen cholera is one of the best inexpensive and effective killing methods. While the Saudis’ airstrikes used to cost them billions of dollars, Yemen cholera is doing the airstrikes job and for free. It’s absolutely not of the Saudis’ interest to stop Yemen cholera. For the Houthis and Saleh’s de facto authority, Yemen cholera is also problematic. The Houthis-Saleh alliance is reluctant to admit its failure in running their areas by not being able to pay the civil servants for almost about a year now - a matter which plunged the already impoverished people beyond destitution. They also take advantage of the cholera epidemic victims to instigate more hostility against the enemy as the Saudi-led imposed blockade on Sana’a airport worsened the cholera outbreak by blocking medical assistant deliveries.


Yemen is in a state of war but more worse is in a state of political collapse. Yemen cholera is one of the results of the devastation the country is going through. Aid organisations try their best in focusing on Yemen but it’s as you can see things are only getting worse. But as long as there is no political will from the international community to approach Yemen politically and not only from the humanitarian approach, Yemen will continue heading into the dark abyss. There must be a quick return to Yemen peace talks.