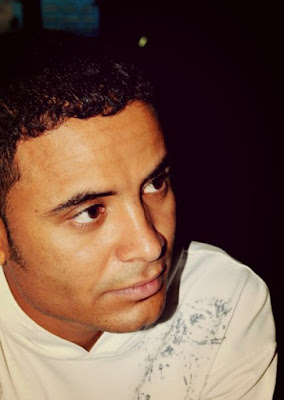 "Today I spoke like 30 good min with هاني الجنيد Hani Aljunid {check post below} on the phone. I would have liked to publish a long piece on his talk to me about who arrested/released him, how he was tortured & where is he hiding now but it will all risk his life.

His name is Hani Aljunid. He’s for many one of Yemen’s best journalists, who has so much integrity. But for me, he’s the second most important person I have in Yemen after my family. I call him, comrade and he does so too. Did I mention that he’s also an active member at the socialist political party in Yemen? Well, he is, and still many don’t find any problem with his journalism and his political affiliation, except powerful corrupt politicians, corrupt businessmen, Al Qaeda and ISIS members.


Hani has only his words against all this evil. And that evil, embodied by some extremists arrested Hani along two other journalists, Majed al-Shoa’aibi and Hossam Radman on Tuesday, 16 May. The arrest was at the funeral of Amjed Mohammed, a social activist who was gunned down at an internet cafe in Aden, 2 days before Hani’s arrest. Basically, Amjed was a victim of unlawful killing, which seems to be the new norm in Aden under Saudi Arabia’s president Hadi rule. Hani and the other two journalists went to the funeral and were arrested, tortured and released. It’s still not clear who’s behind the arrest but several FB posts by siblings of Hani, Majed and Hossam say that they all were arrested on blasphemy charges.

Hani, known to be super active in posting on FB, he has not written a word yet. His brother wrote that Hani refuses to say anything for now and he was transferred to the hands of the Saudi-led coalition's forces. No updates so far on Hani’s situation.

It makes me sick thinking what could be happening to Hani now. My comrade. I know Hani since Yemen’s 2011 uprising. Hani has always written &amp; advocated for social justice, equal citizenship for all, anti-militarism and he was a great believer in Yemen’s 2011 uprising. In 2012, Hani was deliberately targeted and physically assaulted during Gen. Ali Muhsen’s rule of Sana’a University. When the Houthis stormed into Sana’a on September 2014, Hani was one of the main dissident voices against Houthis’ atrocities. He has received numberless death threats from pro-Houthi groups. Along the beginning of the Saudi-led airstrikes in Yemen, he had to flee to Taiz. Then, some armed groups in Taiz targeted him as he was also critical in his writings to these groups’ behaviour in the city. Again, following several death threats, Hani had to flee to Aden.

Throughout all these events, I kept a very close touch with Hani. I used to tell him, ‘don’t get killed, comrade!’ ‘I won’t let them kill me. I need to see you first, comrade!” Hani’s answer. The harshest calls were when I used to call Hani and he would tell me how he was surviving his day by having only one meal. Hani was financially struggling, like everything in the country. Though Hani had to pay a huge price for his writings but he thinks it’s nothing comparing to what his comrades had to sacrifice with. Several of his friends were killed in protests or/and deliberately targeted.


I can’t pretend to be strong at this moment. I can only pray for Hani and Yemen.