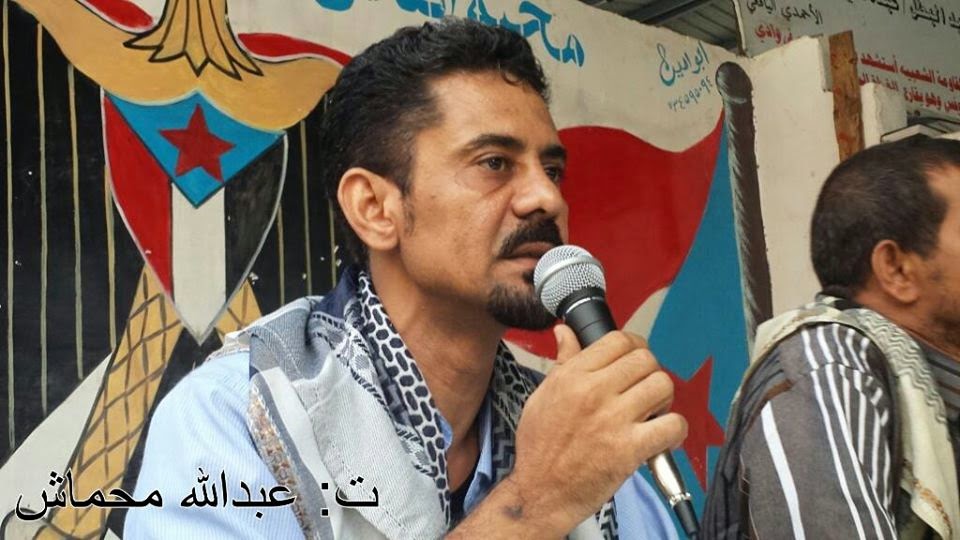 Khaled Al Junaidi, a well-known southern's right to independence defender and campaigner was murdered today by a group of security forces in Aden.


According to eyewitnesses, "Al Junaidi was driving his car along with other activists as they were checking on the civil disobedience action taking place in the city (which Al Junaidi has been campaigning for, for awhile). Then, a car belonging to Yemen's central security forces started chasing him and started shooting at them as they both engaged in a semi-car-race. The security forces shot Al Junaidi and the car stopped. Then, the security forces arrested those who were with him. And as Al Junaidi was bleeding, the soldiers took him and dumped him in front of a hospital, and they left." 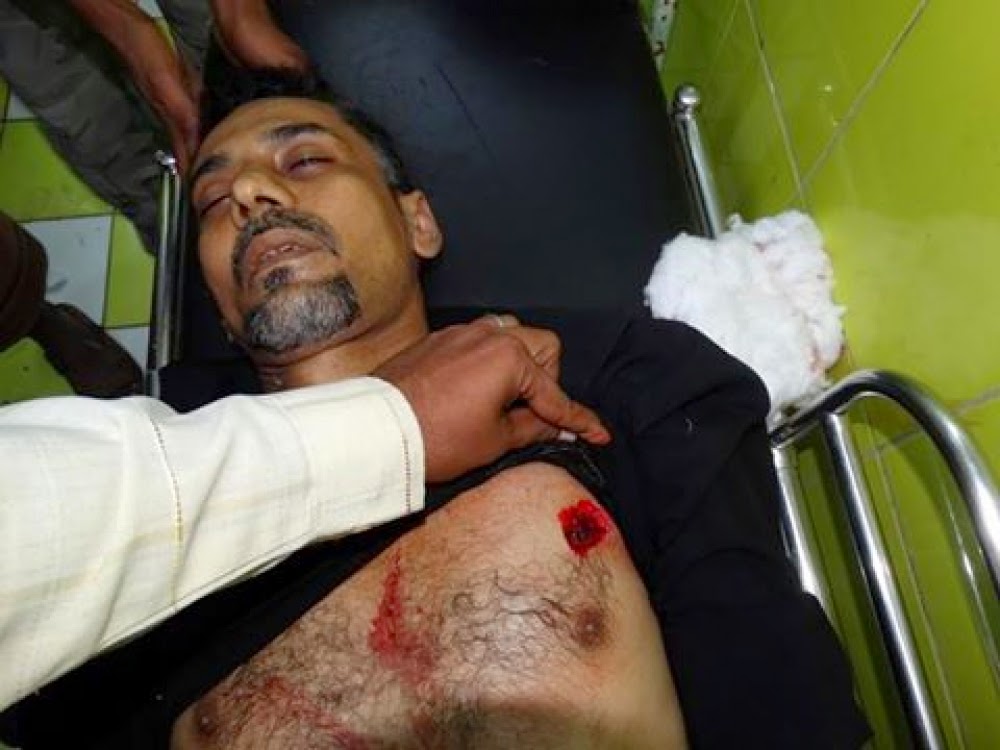 There are conflicting accounts on how Al Junaidi was killed. Some say it was execution because the shot was precisely on his heart, and some say that it was arbitrary killing. Either way, Al Junaidi was killed not only to silence his voice & activism, but also because as a southern citizen he was regarded as a second-class citizen with no dignity.

Reactions on Al Junaidi's murder indicates the divison between the north & the south, and the disparity between the two regions' concerns and interests. His murder did not grab the same attention in the two regions. It took several hours for local "northerner" press to report on the news, while all southern media was already reporting the news. Plus, very few opinion northerner leaders condemned the murder. That was a telling detail on the widening gap between the two regions.


Al Junaidi was killed brutally but he'll be immortal, and there will be thousands of Khaled. This brutality by our oppressive security system will only create more and more masses calling for their independence, freedom and above all dignity. We know no investigation will take place but the Hirak will continue the struggle till justice is served. And may Al Junaidi rest in peace!

The following video-report chronicles his background and activism history (in Arabic):