This time it's Rahma Hugaira.

Some different social network websites in Yemen have launched an online campaign, smearing Rahma Hugaira, Yemeni prominent journalist and TV presenter after the spread of images of her along with Al-Murtatha Al-mahtory, a political religious leader affiliated with Al-huthi group. (Shown below) Hugaira appears to have a semi-hug by Al-mahtory while she was taking an honoring certificate at the Cultural House in Sana'a, a couple of days ago. 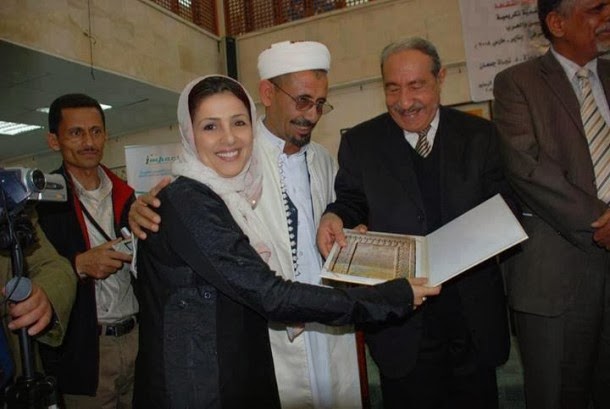 Hugaira commented on smearing her and wrote on her Facebook page, yesterday; "it seems that my talk on the Oil gang in the previous episode with minister Sharef was powerful and they found no other way to attack me than defaming me. I tell my friends to ignore them. I expect what's even worse and nothing can stop me from raising discussions on their corruption."

Many voices raised to show solidarity with Hugaira. Yemeni Journalist Syndicate condemned the defamation campaign and issued a statement, "this degrading method clearly demonstrates how can many parties make the atmosphere for Yemeni working women a risky game and, in fact, it jeopardises any great participation for women in the public sphere."

Sami Ghaleb, Yemeni journalist also condemned smearing Hugaira and wrote on his Facebook page, "It's shameful and despicable to target a person and his social display. There have been repeated defamation campaigns against female journalists, writers and activists by a diverse parties who have contrasting political views. That only benefits the dominance of "patriarchy" in our culture."

Boushra Al-Maqtary, an award-winning human rights activist and novelist, who also has had a great share of such smearing campaigns, expressed her solidarity with Hugaira and wrote, "because she was a woman. What Hugaira faces is a smear by groups who oppose anything that's dissident to them. Why can't we dissent each other morally?!" 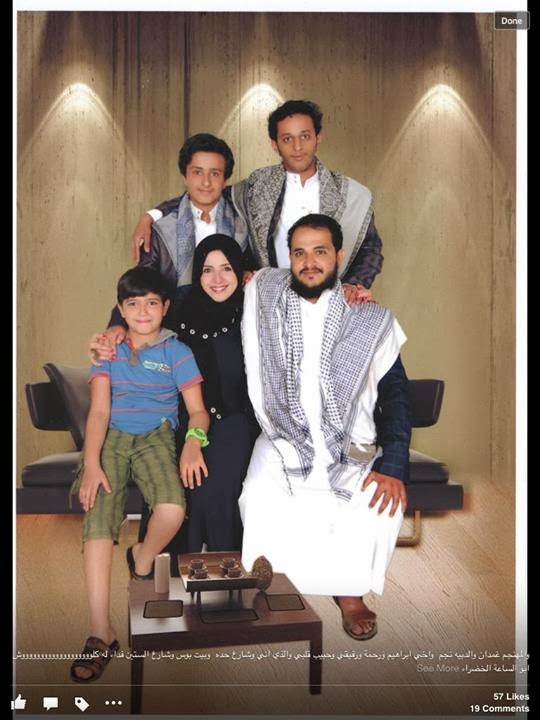 Hugaira showed more vulnerability with a post she wrote on Facebook earlier today, confessing her pain and sorrow for all the smearing comments against her. She posted a picture of her and her family to stress her grace and dignity.

This is not the first time a female opinion leader is facing a smearing attack. Minister Hooria Mashhoor, Atiaf Al-wazeer, Samia Al-Aghbari, Boushra al-Maqtary and many others have had their share before. As Al-mahtory would not be at the front taking the attack, male opinion leaders are seldom balmed or smeared against. Because it's always only a "woman's fault". !!

Who will be next?!