A Woman is Half a Witness in Yemen 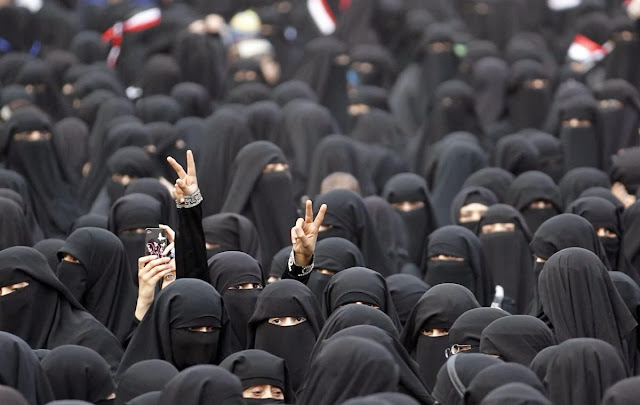 "Yemen: A woman is considered only half a witness. That’s the policy on legal testimony in Yemen, where a woman is not, to quote a 2005 Freedom House report, “recognized as a full person before the court.” In general, a single woman’s testimony isn’t taken seriously unless it’s backed by a man’s testimony or concerns a place or situation where a man would not be. And women can’t testify at all in cases of adultery, libel, theft or sodomy." (via Washington Post)

I'd say not only in Yemen, but it's the case in Islam, generally speaking. I learned that in school but it never sunk in until I was trying to witness my best friend's marriage contract last year and the Imam said that my testimony was a half one. My world turned upside down, and I'm not the same ever again.