A Yemeni man set himself on fire over stealing his land

An old man burned himself a live in Ibb province to protest the action of one of the sheikhs area town who took control over his land.

The old man, Ali al-Ezi, returned from the last Friday prayer into his house and prepared the burning process. “He went to the background yard, poured the petrol over his body and light fire. It was too late, however, to save him when we knew about it,” the victim’s brother, Abbas al-Ezi, said. 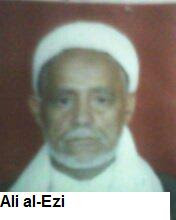 Abbas said his elder brother- died at the age of 75- has been fighting for his land that was claimed recently by one Sheikh. “It took over two years at courts to resolve the dispute. Ultimately, the court decision was that both parties stop introducing any change into the land site until the court of appeal concludes the ultimate ruling. All people know that the land is the property of al-Ezi family since long,” Abbas said.

He said that his brother decision came after he despaired of ever preventing trespassing on his land. The court decision was to prevent anyone from interring the land, Abbas said, including the "Sheikh", the opponent, to be his representative for the purpose of protection. Abbas said the Sheikh brought his armed men and interred his brother’s land.

“My brother [the burned person] would say that instead of enduring an everyday suffering, it is better to summarize the whole matter in a single day. The last attack on my brother’s land was, I guess, the straw that broke the camel's back,” Abbas said. “The Sheikh’s gunmen are still in my brother’s land.”

The Sheikh’s son said that his father supports no one at all. “The role my father did was to resolve the dispute over the land between al-Ezi family and their cousins. I am really surprised at what the press said recently over this incident. You can ask the security department if you want to,” the sheikh’s son said, denying his father’s gunmen have ever entered the land.

Security director of al-Dehar district where the land is, said he has no idea about the incident. “You can ask the prosecution.”

Ali al-Ezi left two sons and two daughters behind. His contemporaries say al-Ezi was known for his poetry and literature. Al-Ezi was recently referred to retirement after working for many years in one of Ibb city’s courts.