I wish I were a Tunisian 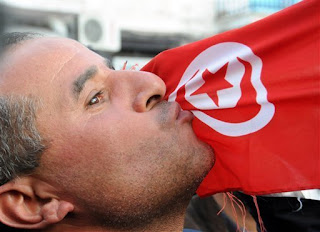 Yesterday, the whole world witnessed history being made. Tunisia had enough of the dictatorship regime and forced –its president- Ben Ali to flee to Saudi Arabia. What the Tunisians lived through for the 23 years of Ben Ali’s presidency is almost what all the other Arab countries is living through, including Yemen.

Since I came to this world, I have only known one Yemeni president. For many years, I thought that this is the case and would always be so, forever. However, the Tunisians proved me wrong. They made me feel a little bit optimistic for my own country.

To be realistic, since yesterday I had to think of several elements, while I was watching the news of Ben Ali fleeing. These elements are a comparison between Yemen and Tunisia. It’s unlikely that Yemen will have the same experience Tunisia is having. That’s for many reasons; Yemen suffers of a huge rate of illiteracy, tribes rule many parts of Yemen, religion severely brainwashed many Yemenis’ heads and this forms the last reason which is that no one in Yemen will set himself on fire –because that’s a sin in Islam-.

The situation in Yemen is really bleak. To give you a simple example, I made sure to listen to Yemen’s national radio station at 8:00 am, a radio that reaches all Yemen’s parts and people. I wanted to listen to the news and see how Yemen will have the sympathy to Tunisia. On the news, NOTHING was mentioned that’s related to what’s going on in Tunisia…NOTHING!

Most importantly, it’s VERY LIKELY that I disappear after posting this article.