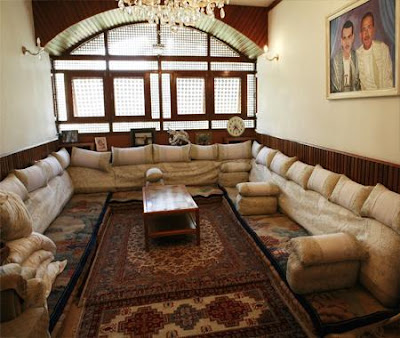 Perhaps not everyone knows about the relationship between one’s environment’s architecture and one’s cultural identity, but Boushra al-Mutawakel had a very clear vision of it.

“My Father’s House: the architecture of cultural heritage to stimulate debate on the influence of buildings on a nation’s culture,” was the title of Boushra’s exhibition, which was part of a British Council project that explored the Gulf’s cultural identity through its architecture. The project toured the Middle East during 2009 and 2010 and was centered on an exhibition with contributions from eight artists, five from the Middle East and three from the UK. Boushra, one of Yemen’s contemporary and most notable female photographers, had an intimate and revealing contribution to this project.

Last month, in a cozy and crowded room at the National Museum in Sana’a, in the presence of diplomats, members of government, intellectuals and artists, the British Council held a screening of “Portrait of a Family,” a short digital presentation of Boushra’s family/ancestral homes. The photos painted an intimate portrait of Boushra’s houses over several generations. The presentation explored the interiors of these homes in Sana’a, giving a small and intimate glimpse into the history of her family. On display, along with the short film, there was a companion family photo album containing the same photos. 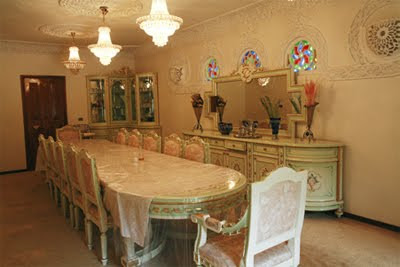 Essentially, Boushra interpreted “My Father’s House’s” theme by exploring the interiors of different homes of different social and economic classes, in Sana’a, in an attempt to convey something about people who occupy these spaces. “When people think of Sana’a, they think of the Old City, one of the oldest in the world and a UNESCO World Heritage Site. Although its architecture of stone and mud-brick towers is truly unique, this reflects only a small part of the city. Sana’a as a whole is more than that. When the British Council told me about this project, I decided to present homes in Sana’a from a different perspective, from the inside which is something we are not used to seeing, because normally it is very private,” said Boushra.

Viewers definitely learned more than that from My Father’s House. Boushra expanded the theme by inviting viewers into her childhood, her past and her present homes, from her grandparents’ houses to her current house. With warm nostalgia, Boushra recollected some memories when the photos were displayed. “Each room and space has its own history and story. I’m so happy to have been part of this exhibition which took me three years to complete. During my work on this project, I learned a great deal about the history and seemingly insignificant details and lost memories about my family and myself,” concluded Boushra.