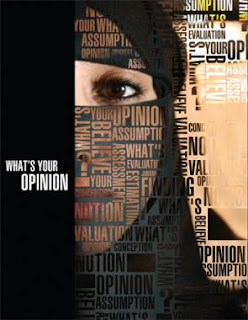 To be veiled or not to be?! That’s the question for many young girls in Yemen. Once a Yemeni female is getting to be a young woman, her mind starts to ask this question. Eventually, she will make her decision based on religious, traditional, sociocultural or\and personal grounds.

For Muslims women in the world, a massive international controversy revolves around wearing “veils or niqab”, a thin black piece of clothing with a slit or hole for eyes worn almost exclusively by women that is designed to cover their faces whenever they are in public or when they are in the presence of strange men. From Europe to the United States of America arguments have raised over its validation. For example, in France, Muslims women are not legally allowed to wear “a veil or niqab” in public educational places. Just recently, Belgium parliamentary committee approved on measures that ban wearing of full Islamic face-covering veils in public places. Obviously, the matter has taken a direct political turn in some countries.

In Yemen, as one of the Islamic and Arab countries, the matter is definitely far away from any political or religious turbulence. Without going through religion’s side, wearing niqab is socially customary for Yemeni women. The matter of fact is, it’s not comfortable to wear a veil, but once a girl is used to it, she no longer seems to feel any discomfort. In fact, if she really got used to it, she’d feel extremely uncomfortable without it. Yemeni women became so accustomed to it, that it even has fashionable trends among Yemeni females. Some young girls get excited when they are about to wear niqab because of it’s an unspoken agreed on tool of beauty in Yemen. Somehow niqab has indirect indications of several points.

It says a girl is righteous, honored, respectful, and most importantly it says she’s a Yemeni. For me, I don’t wear it. A long time ago I wanted to, but I was completely opposed by my mother. I don’t know why, but I’m glad she did. I’m glad because I really find it uncomfortable now. Even though being unveiled has its advantages and disadvantages, I’m still glad that I don’t wear it.

Societal perception of a veiled girl varies from one individual to another. Some common perceptions are that the veil is a religious duty upon every girl to follow, it preserves the girls’ beauty and honor and it’s a social necessity so girls could avoid harassment. Here is the debatable perception: it enables girls to get away with whatever they want to do.

But that’s not what matters to me. The stories that happened to me in respect to being unveiled are what impressed me. They made me ask myself: am I less Muslim or less Yemeni when I’m not veiled?!

Months ago, our neighbor’s little son told me that I was going to hell. Laughing, I exclaimed, “Why?” He answered, “Because you are not veiled.” He comes from a very conservative and religious family and all the women in his family are veiled, so he can’t see any other point of view. Anyways, I didn’t take it personally at all.

Another incident that happened to me was really funny. My best friend’s little sisters, ages 4 and 8, were gossiping about me. My friend happened to hear their conversation and she later told me about it.

The younger told the elder that Afrah was coming to their house later on. The elder asked, “Who is Afrah?” The younger replied with surprise, “How could you forget her! She’s the one who goes outside without a veil!” Then the elder remembered. For me, that was hilarious. So now I’m easily distinguishable by being unveiled!

Yet another incident was very weird for me. I went to attend my best friend’s celebration of finishing memorizing the whole Quran at a Quranic teaching center. When it was over, I went to go home. Then, a girl I didn’t know asked me loudly in surprise, “Aren’t you going to wear your veil?” “I’m unveiled,” I replied in the same tone of hers. We both were as equally surprised as the other. It was the most surprising look I’ve ever seen coming from a stranger.

In short, I don’t think I’m any less Yemeni or Muslim when I’m unveiled. No matter what the perception might be, I won’t wear it, even if I want to get away with anything! I can’t help but laugh whenever I recall these incidents.