A picture is worth a thousand words, Bushra al-Fusail 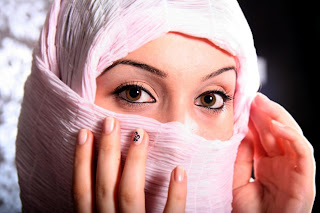 It’s said that “a picture is worth a thousand words “, and that’s exactly what’s Bushra al-Fusail believes in photography.

The starting young photographer has only done few steps in realizing her passion which is photography and yet she demonstrates a well-grounded determination to pursuit achieving her ambitions. She faced and still facing societal obstacles, nevertheless she resolves to fight them. Her main goal is to dispel the myth that says it’s impossible for women in Yemen to be well-established photographers, based on Yemen’s conservative nature towards women.

Before al-Fusail’s participation in last October, 2009 when her photographic work, a series of photos titled by “10 kg of Justice”, was part of the German House’s photos exhibition “Zoom on Sana’a” for seven Yemeni photographers along with other German photographers, she was covertly expressing her mind and soul through photography. In her series her message was about women. “My main interest at the moment is to focus on women rights and living conditions, the ever ongoing struggle between tradition and contemporary rights,” she said.

Her first experience in the exhibition was her debut appearance to public which had a good impression on people and that gave her a great motive to continue presenting Yemen the way she feels and the way her camera feels as well. Hence, she is now preparing her second participation at a wide photos exhibition being done jointly between the French cultural center and the German house in Sana’a that’s going to take place in the coming months. 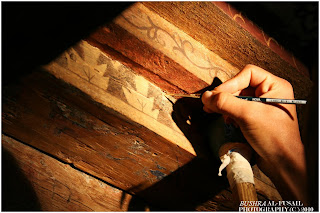 “I always make sure to make my camera express what words can’t say. No matter the difficulties I face, I’m determined and have the willpower to continue till the end. Photography means the world to me,” concludes al-Fusail.